The cultivation of cactus plants has always had an international character ‑ a consequence of the exotic origins of these more or less prickly plants and of contacts among the global community of cactus friends. Limited sales prospects in the domestic market is also a reason why cultivators and traders have found it necessary to seek and cultivate contacts beyond their own borders. 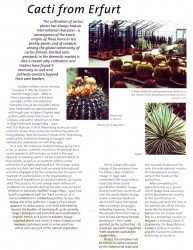 provides one of the best examples of this international character. One of the founder’s three sons, Ferdinand, occupied positions with Hugh Low in Upper Clapton near London; with James Veitch jun. in Chelsea; and with I. Veitch Son in Eexter. In 1899 Ferdinand Haage (1859 ‑ 1930) met Tsar Nicholas II in St. Petersburg to discuss cacti with him. It was thus a time for reminiscing when Dr. Georg Wolsky, from the Cactus Friends of St. Petersburg, spoke of this historical meeting at Haage’s 175th anniversary celebration on 10th May 1997. As a rule, the intensive study of botany, going even as far as serious scientific research, is imperative for a cactus grower. It still includes, as it did in the past, sojourns in countries which are the natural habitat of these plants, as well as in countries where cactus cultivation is a highly developed art. The Haage cactus nursery in Erfurt can look back on many international activities engaged in by the company over the years; for example, its participation in the organisation or financing of expeditions to countries where cacti grow wild. This practice has not always been without its problems. For example, during the inter‑war period of inflation in Germany, Walther Haage (1899 ‑ 1992) had to sell a number of cacti for „hard currency“ at a cactus exhibition in Göteborg before he was able to pay one of his collectors. Haage’s Erfurt based business in cactus plants and seeds extended far beyond the borders of Germany. At quite an early stage, catalogues and price lists were published in English, French and Spanish. Kakteen‑Haage supplied plants and seeds to many European and overseas customers, even to some countries where cacti are part of the natural vegetation.

Ulrich Haage, who took charge of the company from his father, Hans‑Friedrich Haage, in 1996, well remembers the many letters, especially those to his grandfather Walther Haage, that arrived from countries all over the world. Walter Haage wrote numerous books on cacti which were translated into six foreign languages, including Japanese. During t he period when Erfurt was a part of East Germany he had permission ‑ very rarely granted by the authorities:‑ to purchase specialist magazines from countries outside the Eastern Bloc.

In 1972 the company had to submit to nationalisation by the communist state and this severed all personal ties with the international market. All international contacts were in the hands of the authorities.

After completing his apprenticeship as a grower, Ulrich Haage took advantage of the developments leading to the reunification of Germany and, with the help of his parents, set off for foreign lands like his forefathers before him. His travels took him to a bromeliad nursery in Belgium, a tillandsia farm in Guatemala, the Royal Botanic Gardens at Kew in London, and the Succulent Collection of the City of Zurich in Switzerland. Ulrich Haage received his qualification as a horticultural marketing specialist in Veitshöchheim in 1994.

Kakteen‑Haage was quick to make use of electronic media, making its Internet debut with a catalogue of its products in 1996. It was one of the first three Erfurt companies, one of the first German horticultural 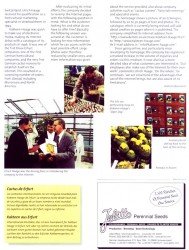 companies, and the very first German cactus nursery to establish itself on the Internet. This resulted in a surprising number of orders from abroad, including Micronesia and North America.After evaluating its initial efforts, the company decided to revamp the Internet pages with the following question in mind: What is the customer looking for, and what do we have to offer him? Basically the following answer was arrived at: the customer is looking for new information which he can access with the least possible effort. Large photos were therefore replaced by smaller ones, and more information was given about the service provided, also about company activities such as „cactus cuisine“, „fairy tale evenings“ and specialist events.

The homepage shows a picture of an Echinopsis, followed by so to 30 pages of text and photos. The catalogue, which is currently being revised, will add about another 50 pages when it is published. The company simplified its Internet address from „http://www.demon.co.uk/mace/Kakteen.Haage.html“ to „http://www.kakteen‑haage.com“. Its E‑mail address is:“info@kakteen‑haage.com“.

Since going online, and particularly since revamping its homepage, the company has registered a marked increase in the volume of inquiries and orders via this medium. It now also has a more detailed idea of what customers are interested in. „Our employees also make use of the Internet for their own work“, comments Ulrich Haage. „On the whole,“ he continues, „we are convinced of the advantages that use of the Internet brings, but are also aware of its limitations“. 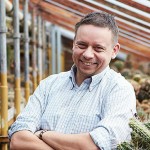 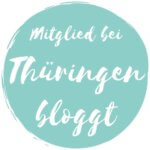